I had a decent week. Got a fat 140 in ths Solstice at DRC. Also ran the VW and MX-5 there a few times (got 5 clean races in a row in there. DRC, go figure. I think I have a few laps in there.) Picked up 118 pts for a 5th in the Macca in the Grand Am series, also DRC. Ran the SRF a few times but had some bad luck in all three races. Car feels much better, so I'll probably try and run it this season. Practiced in the Skippy and I was much more comfortable in that, so I'll try and make it out when you guys run that.

I also tested just about every other road car. The Star Mazda is amazing. It's very grippy, very stable. Nothing like the SRF and Skippy. The Ford GT (funny seeing it called the FGT, used to that being the Formula Gran Turismo) is really fun. It's geared long and over tired, so very little drama. The HPD IS the easiest car to drive in the game. I didn't believe it when I read it, but I sure did when I drove it. Again, not enough power to spin up the back wheels very often and enough grip to rip up the concrete. The Williams is not all that hard to drive. In fact I think the Ferraris in GT5 were more challenging to drive, but the Williams is the but of a lot of jokes in the iRacing community. The Caddy is better. Still a bad fixed setup on it. I hear it's even better with some simple shock adjustments. The Ford V8 is a whole 'nother thing entirely. That car requires more discipline than anything I've ever driven, maybe short of the Fan car, maybe not. The Dallara Indy car is pretty decent. Long gearing again. I need to try it on a track I'm more familiar with to get it up to race speed. The Lotus 79 tough. Skirts mean it needs to be pushed hard to get the aero working. The Riley is pretty decent, reminiscent of some of the prototypes in GT5. Plenty of power. Requires a smooth throttle.
_________________
DriverSports Youtube Channel

I think I'll join you in a SRF season, some tracks on the schedule that I haven't visited yet. With my braking issue finally fixed, I can barely begin to tell you how much more I'm enjoying iRacing. New G27, and brakes too, now it's a blast !!

Forgetful wrote:I also tested just about every other road car. The Star Mazda is amazing. It's very grippy, very stable.

I love driving the Star Mazda, and especially (yes, clacksman) at Spa!

Ok, no seriously, I really enjoy that car. It's grippy, has aero, and requires you to be really precise. Doesn't require the smoothness of the Skippy, and doesn't spin it's wheels too much, but even on high downforce settings you can lose it in the various 'swearing corners' around iRacing. I am looking at you, Turn 11 at Spa-Francorchamps...

Look closely at the first picture... The logos on the nearest blue Jetta look familiar...

Last week was all DRC all the time. This week it's Sears Point Infineon Snoman Sonoma Raceway in the GTCup, which i'm running all three cars, and the Mustank at Suzuka East.

in the first race yesterday I was quite nervous and sure enough lost control once and cut the course once in the first few laps. After that I calmed down a bit and was able to finish 6th.
Second race went even better; started 5th, stayed incident free and finished 3rd.

I'm happy and enjoy the Skippy a lot. It's clear that I can't repeat the good results in the SRF from last reason, but it's really fun to drive the Skippy. I'm hooked

So Star Mazda or McLaren for Class C MPR? Don't have any cars to do the required. Saw you guys liked the Mazda, but the McLaren is involved in a wider variety of events.
Wall
_________________

The Macca is pretty popular right now. It's stable and relatively easy to drive, but is fast enough to cause trouble if you're not on top of your game. Very much like a SuperGT/JGTC car from GT5.

The SM is more aero and grip with less power, but in a finer balance. Not nearly as finicky as the Skippy, but the increased speed returns some of the difficulty.

The SM is a long time favorite and the Macca is the new hot ticket. Both are enjoyable. I'm runnin the Macca in the Grand Am series to get my Multi Class fix in fast cars.

Tough call my friend. I think there'll be just plain more racing with the McLaren, but the SM has a devoted following. I guess what matters is what you plan to drive beyond that. Going open wheel? Go SM. Going to GT cars and Protos, go with the McLaren.
_________________
DriverSports Youtube Channel

Well I did the McLaren. I'm liking the open wheel cars but wanted the variety available for right now.
And just so ya know, that DSO Skippy looks pretty damn tuff at Interlagos in any view you like

in the first race yesterday I was quite nervous and sure enough lost control once and cut the course once in the first few laps. After that I calmed down a bit and was able to finish 6th.
Second race went even better; started 5th, stayed incident free and finished 3rd.

I'm happy and enjoy the Skippy a lot. It's clear that I can't repeat the good results in the SRF from last reason, but it's really fun to drive the Skippy. I'm hooked

Sweet!! I remember my first few races in the Skip....spun at least once in each race. Even worse, in my first race I was at Spa in a SOF race of 2900 something and I ran 5th the whole race until the second to last lap where I spun at Pouhon. I was crushed. Thankfully I only fell back to 6th and pressured 6th to spin on the last lap and made my position back. :cheers:Point is, this thing is tricky, but fun (and rewarding).

I usually race on Wednesday nights, but tonight is my birthday so I'm hanging with the wife. If anyone wants to race tomorrow night I'll be looking forward to seeing you in dusty ole' Sebring. 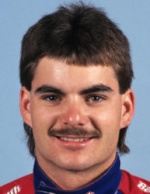 Well happy birthday to ya John 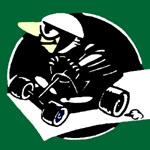 So you finally turned 86! Happy birthday

According to Steve Myers (iRacing Executive VP) the Lotus 49 is completed, but it will need NTM v5 to work correctly and NTM v5 is not yet ready. Next build.

First of all, Happy Birthday John!

I have been running the SRF, after my initial outing in the Skippy at Jefferson Reverse, with some varying results! Out of the 5 races I did at Watkins Glen, I didn't get a single race in without a spin/crash etc, which was a little frustrating as I had good pace. Part of my problem has been switching to fully manual clutch and H shifter, causing some missed shifts and false neutrals as I learn to heel 'n' toe properly, but it's steadily improving

I ran a couple of races at Mosport yesterday with a 3rd from the pits, then a flag to flag win after I'd put a good quali' run in. Sadly, it was a low SOF for my win and I actually picked up more points for my 3rd place, but it was a clean run which is promising.

I have now purchased Sebring, along with 5 more tracks for the Skippy and SRF series, so will be out learning Sebring Modified in the Skippy tonight hopefully, but a first look at the track made me think it was quite vague as to the best lines etc. I'll look out for some of you guys there over the next few days.

Fun race at Sebring last night with Nigel and Rack. We had one sexy front row on the starting grid and a beautiful DSO 1-2 finish. I just need to learn how to use that camera....dammit it's times like these that make me miss the Gran Turismo series.

SpecMiata-JSW wrote:Fun race at Sebring last night with Nigel and Rack. We had one sexy front row on the starting grid and a beautiful DSO 1-2 finish.

I moved on to Phillips Island, need a head start especially on tracks that are new to me. Got it down to 1'48.4 - 1.4s behind the posted reference lap by Amjed Yamin. He expects the aliens to get to low 1'46s.

The track is even more fun than Sebring, lot of very fast long sweepers that will separate the men from the boys

For reference here are Amjed's comments:

Amjed's comments after recording his reference lap: Let me tell you... I haven't had this much fun driving the Skippy in a long time. Brilliant driver's track. The biggest issue newcomers are going to have is controlling the rear of the car throughout those long sweepers throughout the course. The back end is going to want to step out constantly. Drivers are going to need to use a light touch on the throttle to keep the rear in line. Limiting the tire noise is crucial because it indicates that you're not sliding or drifting, which will lose you time. Another thing... stay off the high curbs! While the flat ones are okay, the height of the rounded curbs will disrupt the balance of the car. Hitting them too hard and/or at the wrong angle will force you to make a correction and you'll lose time again.

I'm about 0.3 seconds off my optimal. I reckon that the top drivers will be pushing into the low 1:46s.
This is a marvellous track. I hope the other drivers enjoy this track.

Phillips will be 100% new to me. I've only turned 1 or 2 laps there simply out of curiosity; and I think those laps were in the F1 car. LOL! Looks like I'll need to get acclimated as well.

Anybody have any quick and easy tips to snap pics in iRacing or am I just assuming it's harder than it really is?

I think the free version of FRAPS will do screenshots. Or that program G44 is using.

With my replay running I load FRAPS, press Ctrl-F12 in the sim to get the camera controls, place my shots then hit F10 to grab a screenshot with FRAPS.

Good old print screen button will get you a lower res pic too.

The Skippy race last night might have been better for me if I didn't miss the start because of my dog! Lol. Good job by Spec and Rack though on the 1-2

I must say the DSO livery looked good and I was wondering if you guys would mind sharing the paint file so I could run the 'Team' colours too?

I have a respectable quali' lap in now of 1'19.2, with a PB of 1'18.9 during testing, so now I am comfortable at Sebring Modified, I hope I can find a decent result before the week is out.

Curious to know how you guys have your Skippy set-up for this one? I'm really struggling with locking the brakes up. Using stock G27 at 60% brake bias, any lower on bias I seem to get too much entry oversteer, however it may just be me carrying too much brake whilst turning in. Maybe I need to left foot brake so I can maintain some gas, although I heard this can't really be done in the Skip IRL?